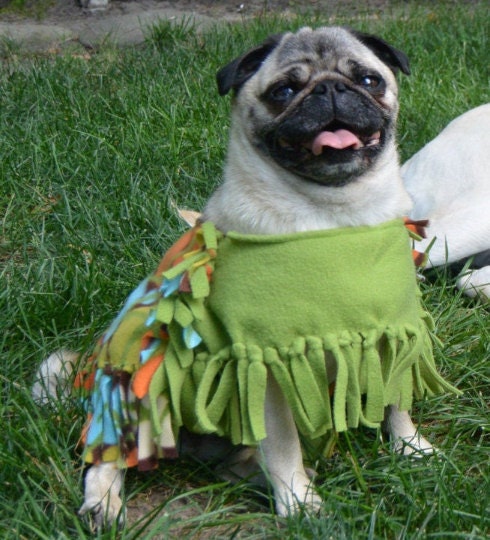 Like the amazing music from the seventies, the "pawncho" is a timeless addition to any fashionable dog's wardrobe!  Why even Lucille, who likes to groove to the Blues, agrees that the L. Pawncho Camarillo makes any chick "Hippy"!  Peace out Sisters and Brothers!

And our inspiration for the name of this Totally Unique Pet Attire...

"Camarillo Brillo" is a song by Frank Zappa and The Mothers and was first included on his 1973 LP Over-Nite Sensation. The song's lyrics include many colloquialisms and made-up words. The title itself is a pun; Zappa incorrectly pronounces Camarillo, the name of a city in California, to rhyme with Brillo, a trade name associated with cleaning pads.[1]"Camarillo Brillo" is in the key of E major, though the key briefly changes to D major during the chorus. The arrangement includes liberal use of brass instruments and a wide range of percussion techniques. It ends with a short coda played on piano. There are two versions of this song, the first being in a slower tempo and the second being a much shorter up tempo version played later in Frank Zappa's career. The shorter version can be heard on You Can't Do That on Stage Anymore, Vol. 6. The reason for changing the song's pace was discussed in an interview with Zappa in which he states that the song was "boring" so they sped it up in future performances.